Founded in 2017, ensemble hartmann21 is one of Munich’s newest ensembles devoted primarily to modern music. It is defined as the ensemble-in-residence of the Karl Amadeus Hartmann Society. This collective of nine young musicians appears during the like-named ‘hartmann21’ concert series in the so-called ‘#Listen#Out’ concerts, a permanent fixture in the Society’s concert hall since 2018. The ensemble is represented and artistically guided by the Society’s artistic director and manager, Andreas Hérm Baumgartner, and by its own musical director, Hans-Henning Ginzel. The nine instrumentalists from France, Italy, Germany, South Korea and Scotland have won numerous awards at competitions and gathered a wealth of experience in a wide range of chamber formations. The ensemble receives valuable stimuli on a regular basis by working with great composers and figures from the world of music, most recently Helmut Lachenmann, Peter Eötvös and Mark Andre. Its repertoire covers not only the standard masterpieces of 20th- and 21st-century music but world premières of works it has commissioned from young composers. In this way, each of it recitals is guaranteed to feature at least one world première. To illustrate the diversity of contemporary music, the ensemble experiments with new formations and launches interdisciplinary projects. Its first guest performances in other concert series and festivals are scheduled for 2020. 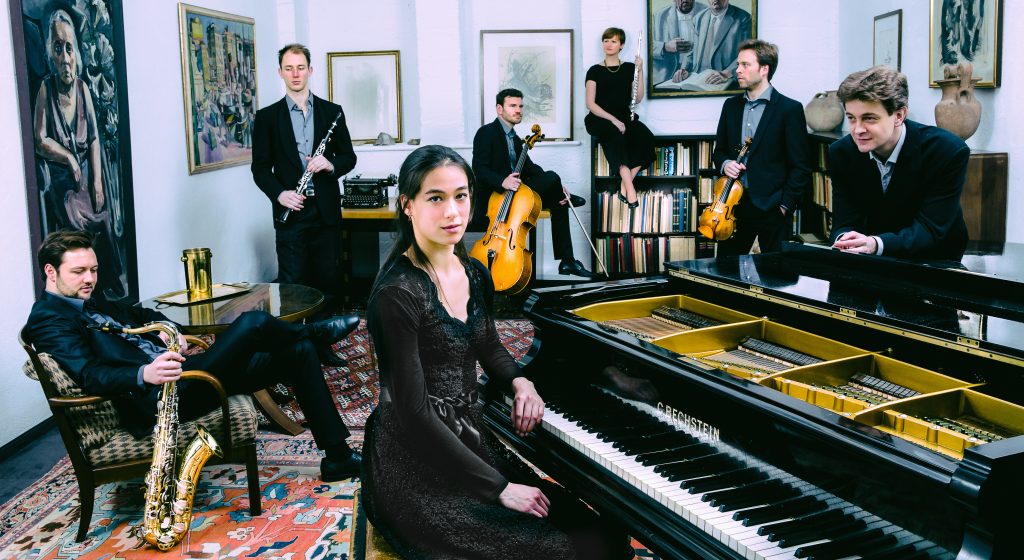